Many in the world of media are celebrating that „digital“ media spend – whatever that comprises – is finally surpassing TV spend. Although that is true for some parts oft he world, namely the US, this is not the case in Germany or Austria. We still see vivid investments in „traditional“ media, TV leading the pack.

Plus, we hear of big spenders like P&G reducing digital for the sake of traditional, which to them mainly means TV, and we find MARS Inc. have reduced a close to 20% spending share on digital to below half a percent in the past 3 years in Austria.

There are many reasons behind these developments, Visibility, Brand Safety, Fraud – to name just the most prominent –, but there is also a growing disbelief in what is considered one of the key strengths of digital media: its detailed and much-loved Targeting opportunities.

But what actually is the problem with this?

To Target and to Hit

In traditional Media Planning a Target Group is meant to focus on a key segment of consumers or clients to deliver messages to. As Traditional Media do not really offer fine-grained possibilites for covering only those we seek, instead our messages are delivered to everybody who is using the channel booked while we broadcast. I will therefore refer to this principle as Broadcast.

So while we might target a specific segment of consumers in theory, we end up with hitting almost everyone – at least in terms of sociodemographic and psychographic descriptors. There simply is no way of closing out users/viewers/readers/listeners from our messages. 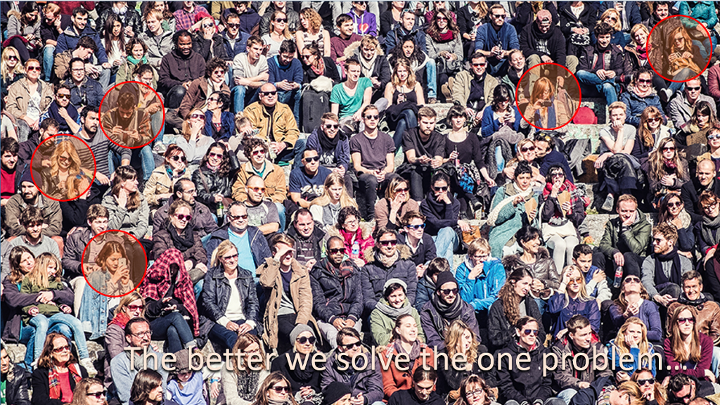 In Digital Media – or to be more specific: Targetable Media – we may choose a group of consumers as our target, relying on the media to do all they probably can to hit precisely those matching the descriptors in out target group. I chose to refer to these as Narrowcast. 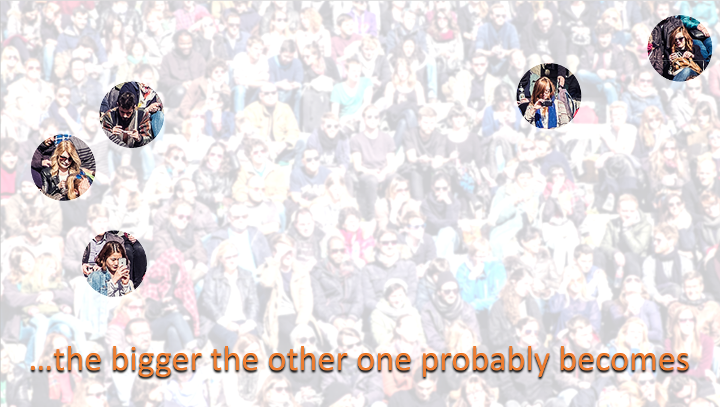 What P&G and MARS actually found out – and GM well before them – was: it looks a lot like Targeting really works. But the result was a negative one, business-wise. By closing out many consumers from digital communication, by not including them in the targeting definitions, those consumers, who happen to be buyers of the products also, reduced or stopped buying – thus hurting the business of P&G and the likes.

We may conclude from this: if Targeting acually works – on a significant part of communication investments –, there is some chance people outside of target definitions will be lost.

This is rapidly turning into a key area of disruptive change in Media Planning practice as we approach a situation, where

We need to learn to focus anew

Starting with analysis of buyers of a brand versus population, category and product, we are used to selecting a target group on this basis:

We consider it a success to deliver an over-proportional share of messages within the target group and speak of improving the efficiency of the campaign. The outspill of messages to consumers not within the target group is something we cannot do much about, there’s no other way. In terms of business oft he advertiser however, this „loss“ is actually a WIN, as it means sales as well.

Planning is required tot hink differently, once we have to consider Targetable Media:

To focus on just a core target group bears the fatal risk of consumers, whose descriptors are not selected, being closed out of communication or receiving not enough of it.

We need to think in combinations

From mathematical sales models we learn that sometimes a combination of two factors may yield more than just the added results of the individual factors. This is clearly visible in an analysis of Multiplying effects. tv*online represents sales/orders that happen, when – and only when – TV and Online channels are active simultanously.

Multiplying effects are something rather well known in Traditional Media for decades, but have soared since we can add Digital channels to our plans: Digital channels offer what’s missing in Tradtional Media. There finally is a return path in communications within the campaign. People used stores and telephone sevices in the past to obtain information from a brand, but the advent of Digital has made it all a lot easier. Thus the magnitude of such effects.

We frequently see this effect on other combinations as well, namely print*online, OOH*online and of course TV*search. Offering Digital advertisements within the context oft he campaign is obviously presenting a open door to respondents, the incremental use of which is enforced by advertising in non-digital channels.

We see amazon, who invented what digital business means to us in the first place, use linear TV and nowadays even Print advertisements to pump up visits to their online marketplace – not to mention their sales1.

Recommendations:
Whenever we plan Traditional Media, we need to run Digital channels in parallel. This is true at least for High Involvement Products, but has been found in analyses of Low Involvement products as well to an astonishing degree.

When we focus on Digital Media, we should always consider pumping up volumes by using the strengths of Traditional Media in addition.

We need to focus on Business Goals

As soon as we enter the arena of comparing ad response, i.e. decide which media or media types are better or worse fit for the task of reaching the goals of a campaign, we find that we lack metrics that are comparable. Even if we find metrics, that seem comparable, as a contact in TV or Radio or with a poster site, we conclude those contacts are not equal in terms of what such a contact means: It is common sense that hearing a Radio spot is not of the same value as seeing a TV spot.

The only way to comparing or founding decisions in a comparison is: take a look at the business of the advertiser. Estimate the business impact of activities in media or media types – use Business KPIs.

Consider specific media metrics such as reach, visits, clicks, engagements etc as secondary – only when it is clear to what extent (or budget share) a media channel is able to contribute to the overall business objective, optimization of channel specific metrics makes sense.

Although it contradicts a well established credo: the CPM of TV is not important. It becomes meaningful only after you found out how much TV is optimal in the first place2.

1) The Observer ran a story on why Google, amazon & Co rely more on traditional TV when it comes to their own adverting…

2) A recent study by Thinkbox has again proven the incredible strength of traditional linear TV in creating business results.